In the digital era, we use mobile phones and laptops and carry them everywhere. Sometimes, we end up using public wifi connections by trusting it. Is our data secured while using the Data in and outside our home? There are lots of prying eyes around the world wide web to steal and misuse your data for illegal purposes. Business people and many travelers will require a secured connection for at least accessing their bank accounts. All these necessities designate the requirement of a VPN.

VPN is a Virtual Privacy Network, which uses the public network connecting a personnel system with virtual access. It connects your personnel gadget through an encrypted tunnel to the service provider. It hides the IP address of the user, and let the person access regionally restricted sites.

What is HideMyAss? - Everything You Need To Know

HideMyAss - VPN is an Internet security tool provider that provides various tools that promise Data security in the gadgets you are using. HideMyAss Review is not force-feeding you to buy the product. It aims to alert the readers to be careful about your data and an option available in the market to secure it. HideMyAss review is an eyeopener about the security issues while we access the data.

The Internet is as big as the world. There are many lurking around the corner to steal your credit card number while you are sipping a nice cup of coffee and using a Wifi in a coffee shop. There are many hackers around the world to access your location and steal your credentials to misuse your business data. You may plan to travel to many countries where there are geologically blocked sites that you use. For all these problems comes a single solution VPN Access.

Why To Choose HideMyAss VPN ...

Many companies allowing proxy within the organization allocates only VPN access to the employee to secure the company's data. Many use Proxy servers instead of VPN access. Both the proxy and VPN provide IP masking and acts as another layer of security, but the differences are listed out as follows.

HideMyAss is a VPN based in the UK accessible over 190 countries and above 900 servers. HideMyAss is a VPN provider that has a separate network that masks your IP address and replaces it with its IP address. So it ensures, it hides the data and also the location of yours.

Comparing the proxies, the VPN can help to secure several devices at a time. Some of the VPN has no suitable App, but the HideMyAss holds the best App feature for your phone. The HMA app is compatible and readily available for Windows, Mac, Ios, and Android devices.

The HideMyAss includes all the best features that a VPN could offer.

Passionate to bring you hosting knowledge and reviews, love helping peoples by updating the latest trends in web hosting.Testing different web hosting providers on my blogs and sharing the experience here at Hosting Review Now 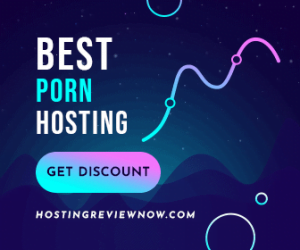